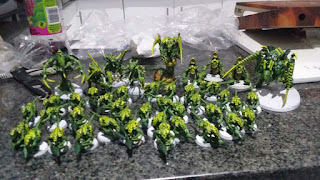 We had an interview with one of our newest members, Shane, and asked him some questions about his new army, Tyranids. Hit the jump to see the details 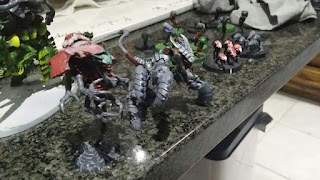 DWGC: So you've just recently started 40k??
Shane: Yes, about 2-3 months ago
DWGC: What tempted you onto this path of damnation?
Shane:  Hahaha it's always something I've wanted to try since i was younger but i could never really find anyone else playing or had the funds to do so. Cate introduced me to everyone at the shoppe and I got sucked into the community because it was so welcoming and helpful. 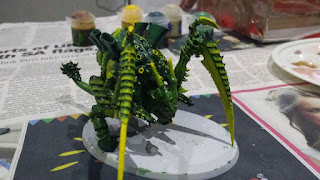 DWGC: Why tyranids?
Shane: Well I've always been a fan of aliens and beast like creatures, it's the same reason i play Zerg in starcraft. I just enjoy the idea of these massive hoard like creatures devouring everything in their path.... also, the models are awesome and it has a ton of variety
DWGC: That's true. And what was the first thing you bought?
Shane: Hmmm... i think i found a 42 model pack on ebay, so a bunch of termagants hey. Then got warriors and a carnifex
DWGC:  And why those ones specifically?
Shane: Simply cause it was a lot for cheap. Got a good deal. Now I'm buying specifics, back then i just needed numbers 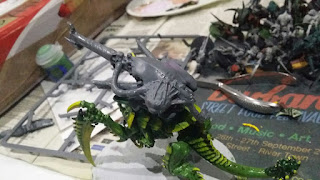 DWGC:  What's your next acquisition?
Shane: Sorry. Got distracted... I'm looking to get a zoanthrope brood next
DWGC: Need more synapse?
Shane: Lil bit, but i just really like there psychic powers and think there pretty damn cool 😝
DWGC:  Do you have any goals for your army? Any tactical aims?
Shane: Well, i plan on covering all the models eventually but right now i just want something that can hold it's own and then I'll get all my fliers. One day I'll have a full flying team up and running 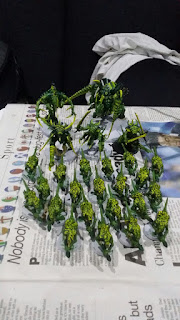 DWGC: Why did you pic your colour scheme?
Shane: I wanted my nids to feel like they where part of a jungle like world, where they developed camouflage. So i took inspiration from grasshoppers. I also wanted to keep an insectoid feel

Thanks Shane! can't wait to see your full force up and running! 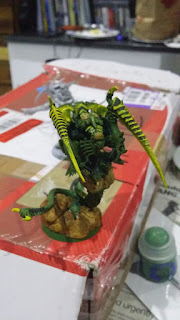 Here are more pics of his army in progress 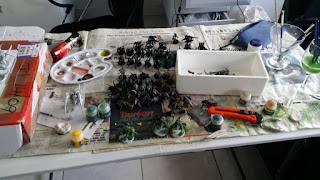 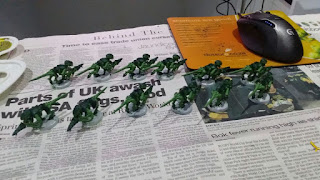 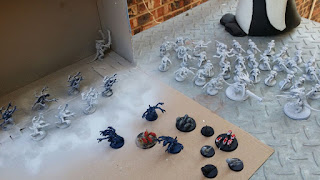 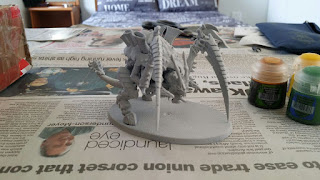 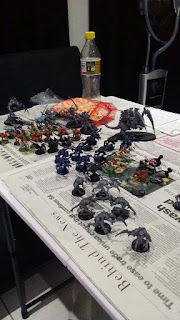 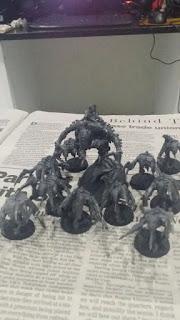 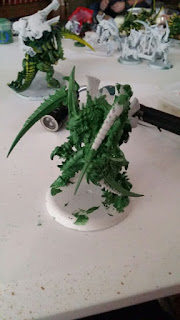 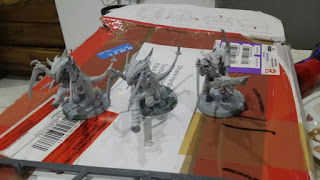 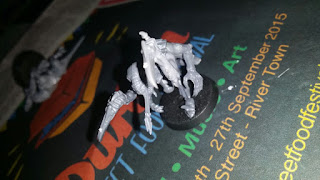 Email ThisBlogThis!Share to TwitterShare to FacebookShare to Pinterest
Labels: Showcase