After lunch Andrea had arrived to join in the madness. He ended up playing against me, the Ringer player, and his Chaos Daemons had a hard fought draw against my Ne3cron Decurion and Destroyer cult.
Here are the rest of the results

Round 2 - The Relic - Vanguard Strike Deployment 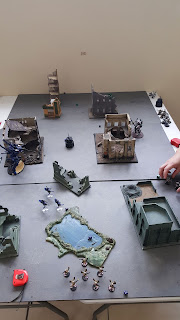 Brad scored another victory in the tournament against Greg's Grey Knights, however he did concede a few kills to Greg, as the Nemesis Dread Knight used his Force Weapon to deadly effect, taking the Wraithknight down in combat. 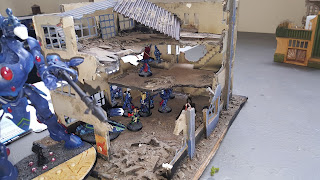 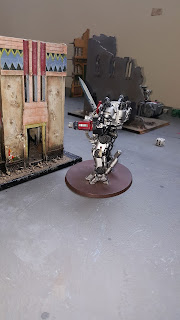 Some action shots from the game 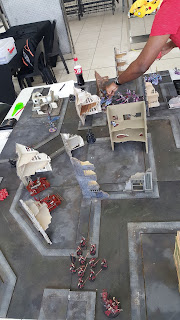 Norman and Jashin fought over who would be deemed mightier in the eyes of the Chaos Gods. 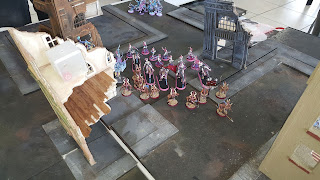 Jashin's works ended up more pleasing to them however, awarding him the win. 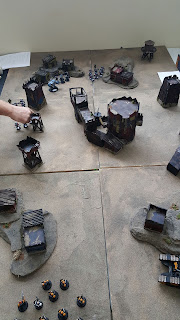 Matty and Justin endured their civil war with Matty proving the victor. Those Imperial fists are damn tough. 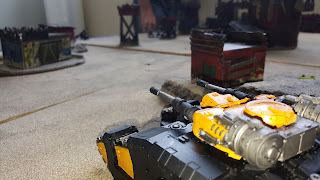 The Sicarian looking for a kill... 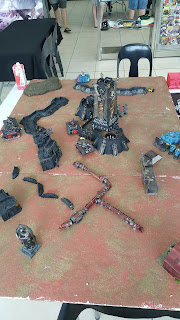 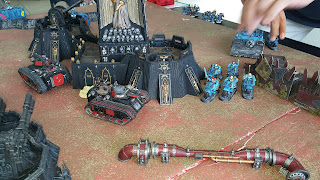 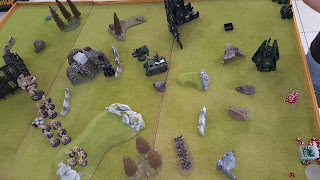 The final battle in the round had Kevin and Mark continuing the civil war, with the Dark Angels annihilating the Salamanders

Round 3 - The Emperor's Will - Hammer and Anvil Deployment

Due to family reasons, Norman had to concede, allowing an even matched round with no Ringer players. 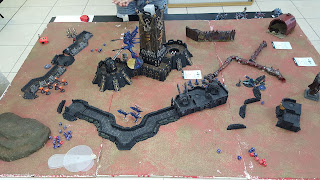 Brad and Justin Fought, with the Wraithknight falling yet again. The Eldar were victorious however. 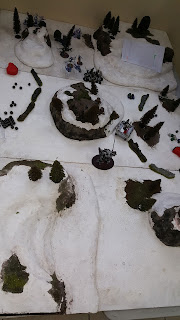 In a battle most fitting, Jashins Daemons overwhelmed Greg's GHrey Knights, taking crucial points for Jashin in the tournament 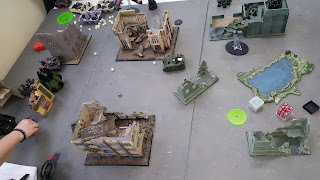 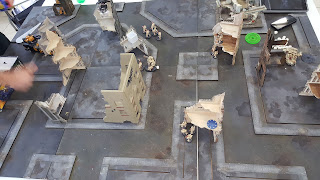 Mark's Angels of Redemption put up a good fight, but couldn't put down Matty's breacher squads 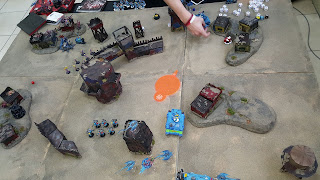 The end scores were as follows:

Mark was awarded a Khorne Dice Cup for pleasing the Blood God with his tribute of 65 skulls.

Thanks to the Batcave for hosting us! a lot of fun was had by all!