On the 20th of February 2016 The DWGC held a Warhammer 40k Tournament at the Batcave in Hillcrest.
We had a good turnout, with eleven players attending, all with 1000 pt armies ready to reap the skulls of their foes! Here are the details:

Players were awarded points for the following:
2 points for painted
2 points for Wysiwyg
3 for a win, 2 for a draw 0 for loss
1 point each for Slay the Warlord, Linebreaker and First Blood

We were keeping a running kill count throughout the games, as Khorne had a special reward at the end of the tournament for the player who reaped the most skulls. (bonus skulls were awarded for killing Gargantuan creatures and Superheavies.)

Round 1 - Crusade - Dawn of War Deployment 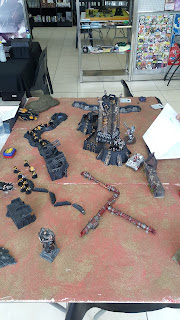 Matty and Greg went head to head, with Matty taking the win with his Heresy Era Imperial Fists 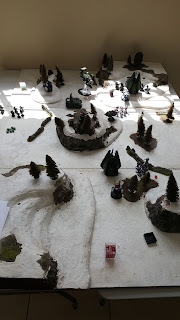 Kevin and Justin duked it out in the snow, with Kevin scoring the win. 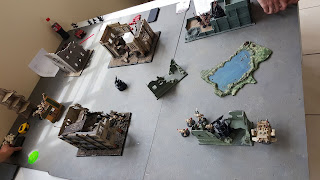 Mark and Norman fought it out, with Mark laying vengeance on Khorne's followers. 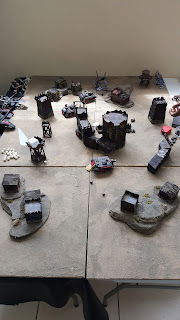 Stephan faced off against Jashin's daemons, but failed to defeat them 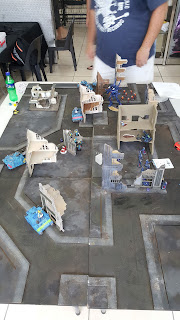 Brad and Steven fought over control of the city, and the Eldar scored the majority of the objectives