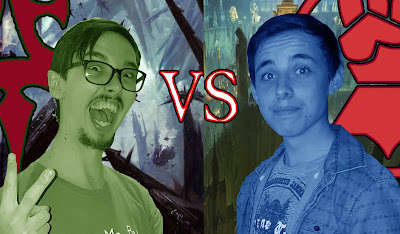 Brandon and Daniel had a game of 1500pts last thursday. Here are the details:

The kabal of the flayed skull thought they would get a quick raid off on an unsuspecting planet but to their surprise there was a space marine regiment waiting for them. Duke Slay ordered his raiding party to assault the marines and take them home to the gladiatorial arena's, space marines being some of the best fighters to challenge the WQch cults and entertain the Dark Eldar.
Duke Slay ordered his scourge and Razorwing flyer to enter the battle later to ambush the marines, but the rest of the raiding party would assault the marines head on.The Duke ordered his blaster wielding Trueborn and Ravager to open up all the razor back while his raiders with kabalite warriors and incubi would assault any marine that would emerge from the wreck..... but unfortunately it seemed the marines had 3 librarians ready to unleash the warp and devastate our ranks....

Daniel took 1st turn.
He destroyed the venom and then shot at the trueborn that popped out... killing 4 of them but one survived and lived on till turn 3.Daniels drop pod tried to land by the raiders but scattered spectacularly, to Brandon's delight.
Brandon's Turn one was average. He opened a razor back and turbo boosted his raider with Incubi behind Daniel's centurions, unfortunately most of his shooting was out of range to shoot either marines or dreadnought. 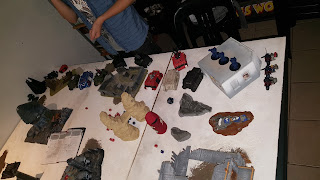 Turn 2
Daniel shot everything at the venom and opened it but was unable to kill the guys that hopped out or open anymore raiders
In Brandons turn the incubi jumped out of the raider ready to charge his centurions which and killed all but one who was in a challenge with the Duke. The razor back lost two hull points and all the Dark Eldar blasters shot at his dreadnought which did nothing. . Reserves didn't come in.
Turn 3
Daniel shot at the raider but they jinked like a boss.However he was able to immobilise the ravager and heavy-flamer-ed the raider killing all the guys inside.In Assault Brandon was able to finish off the last centurion and consolidate behind cover.
In Brandon's turn he moved more of the incubi behind cover and was able to blow up the dreadnought and another razor back as well as killing some marines. He did however lose a blaster to the dreadnought explosion.Reserves still didn't come In
Turn 4
Daniel hopped his marines out and shot the 5 trueborn that had popped out the venom, killing all of them. His attack bikes shot at the ravagers, taking off a darklance. A few pot shots at the raiders and incubi did nothing
Brandon's turn saw the scourge and razorwing fighter finally arrive from reserve. However the fighter took a hit and was stuck at locked velocity. The scourge landed without scattering and opened up into the librarian, killing him in a shower of gore. The raiders shot at the marines that where out In the open killing a few while the incubi started to move towards Daniel's one razorback. the Razorwing shot at the last transport, removing one hull point
Turn 5
Daniel destroyed the ravager and raider, shot at the scourge , leaving only one standing, until it was assaulted.
Dark Eldar turn saw them killing another librarian and the marines that where in the open. The flyer opened the razor back and the incubi moved closer in...
Turn 6
the Crimson fists shot the Razorwinf Fighter out of the sky and killed off one Incubi.
In Brandons Turn he couldn't shoot anything because it was either out of range or couldn't damage a razorback. . The Incubi charged the marines but sadly were unable to get in enough wounds to wipe out the squad, thus giving Daniel the victory.

It was a very close and enjoyable game... 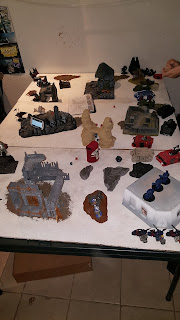